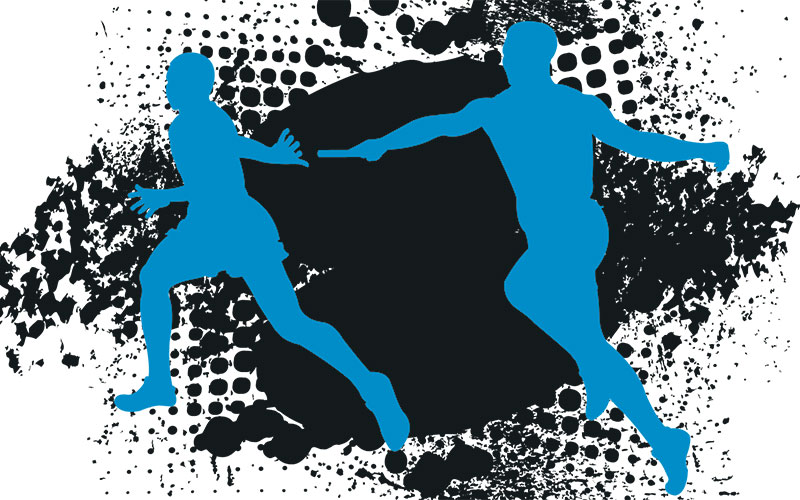 Will the FCA pass the thorny issue of PII over to the Competition and Markets Authority – and would it make a difference? Simoney Kyriakou investigates

It has become increasingly difficult for advisers to secure PII for a decent premium. Since the British Steel Pension Scheme defined benefit (DB) transfer scandal broke in 2017, there have been policy exclusions in relation to DB transfer advice, premium increases of 500% or more for some firms and insurers withdrawing completely.

In December 2019, Keith Richards, outgoing chief executive of the PFS, said the shrinking PII market had gone “past the point of critical”. He said the PFS only knew of two insurers writing new cover for advisers who advise on DB transfers, with DB transfer activity blamed for shrinking the PII market.

Therefore, it is unsurprising that the latest discussion point is whether there is enough competition in the financial services’ PII market.

SimplyBiz compliance director Gary Kershaw says: “The biggest issue with the PII market currently is the complete lack of competition.

“In the past few years, a number of insurers have exited the market, mainly due to concerns around its viability. Unless we see new insurers entering the market, the problem will only get worse and those insurers that remain in the market are facing their own issues around capacity.”

The Financial Conduct Authority (FCA) is understood to be passing PII to the Competition and Markets Authority (CMA), for the CMA to assess whether there is indeed a lack of competition in the market and to make recommendations to rectify any issues (if it finds any).

On one level, passing the PII baton to the CMA might make sense, with a view to sorting out a lack of competition and availability of PII at a fair price to UK financial advisers.

While neither the FCA nor the CMA wished to comment, it would not be the first time the CMA has got involved with PII; in 2016, a CMA report focusing on the legal sector recommended (at paragraph 51) a review of the independence of regulators and a reduction in PII costs. 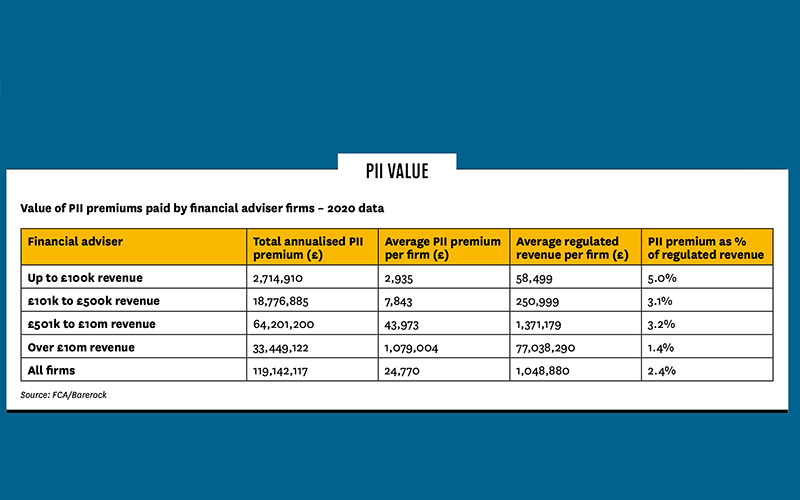 Robert Sinclair, CEO of the Association of Mortgage Intermediaries, has had many conversations with the regulator over PII and increasing regulatory costs.

He would love to see some reform of the PII market and the way in which regulatory costs and compensation levies are calculated and applied, but is not convinced that shifting issues related to PII to the CMA would work.

Mr Sinclair says: “The issue, from our perspective, is there is a limited number of firms prepared to underwrite in our markets.

“This limited capacity means those that do [underwrite it] have quite a concentration risk. I do not see how even the CMA can force more firms to participate.”

If there were to be any benefit from making this move to the competition regulator, Mr Sinclair says there could be “some noise about ‘margins’ and excesses”, which the CMA could look at, but again, he says he is not sure where this could go.

Mr Sinclair adds: “The FCA and CMA have similar powers – and could drive more capacity away, so [this move could be] counterproductive.”

John Netting, founder of PI consultancy company BareRock Risk Management, says: “Putting PII to the CMA is not solving a problem; it is merely passing it over. There are no actual barriers to new entry. There is no price fixing or cartels. The lack of financial services PI is a regulatory matter, not a competition matter.”

SimplyBiz’s Mr Kershaw agrees with Mr Netting that insurers, like any business, need to make a profit and, “with all the regulatory intervention taking place, insurers don’t currently view the IFA sector as profitable”.

But it is not just the FCA’s review of DB that has spooked insurers. Since the 2018 Lloyd’s of London review into PII, many insurers have been hiking premiums across their business streams and retreating from unprofitable areas of the market.

For example, solicitors have seen an average annual PII cost increase of 30%, while surveyors’ average PII as a percentage of turnover is now at 6% – almost double the cost for mid-large IFAs (see table).

This is a point made by IFA Prosure’s founder Jonathan Newell, who comments: “The PI market is exactly that – a market that responds to the environment in which it operates. Like any commercial enterprise, insurers operate with the intent of delivering profit.”

But Mr Newell and Mr Netting believe it is wrong to pass the blame to PI insurers themselves, as this doesn’t address the root cause of the problems advisers face. It’s “missing the target”, they comment.

Mr Newell adds: “Financial services is quite unique in that it is an industry where the regulator can impose liabilities on IFAs without any consumer complaints having been made. This adds a challenging underwriting dynamic that is difficult to predict and plan for. Dropping a lot of liability onto the PI market, because the regulator is concerned about a certain aspect of it, leads to countermeasures being made by PI insurers to protect the relatively small margins they work to.”

So, the PII ball may eventually be passed back to the FCA – a ball no regulator seems to want to tackle.

This article appeared in our AUTUMN 2021 issue of Personal Finance Professional.
Click here to view this issue
Filed in
News analysis
Also filed in
Insurance