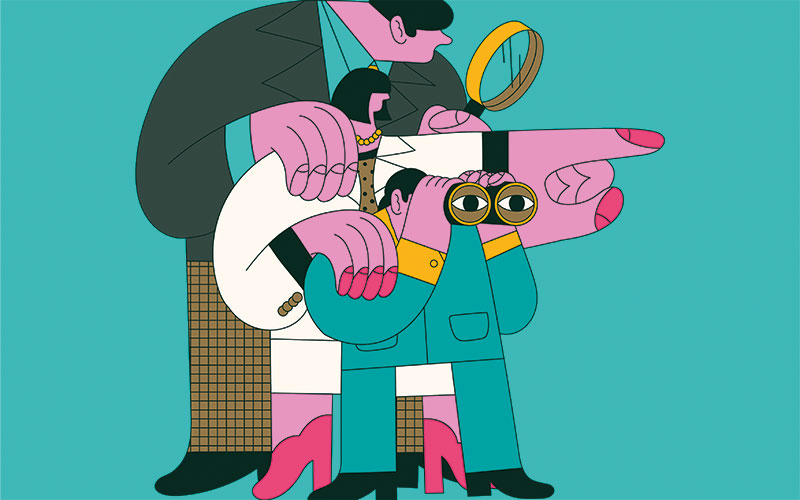 Understanding the pros and cons of the Financial Conduct Authority (FCA) Business Plan 2021/2022 for advisers means starting at the bad end of the advice lifecycle and working back – firm failures.

The FCA’s latest plan details the regulator’s firm and consumer solution to this – “bring down the Financial Services Compensation Scheme (FSCS) levy on the industry” by allowing fewer disorderly failures and “reducing [FSCS claims] over a multi-year period”.

How? Tighten the screws on bad behaviour and enforce capital, liquidity and reserves to cover outstanding redress liabilities, so firms do not fail in a disorderly manner and ensure that they hold financial resources proportionate to the potential harm caused if they do fail.

However, as well as FSCS fees, the other major price pressure on advisers is professional indemnity insurance (PII), a cost which Matthew Connell, PFS policy and public affairs director, says is “dictated by the insurance cycle, not the quality of systems and controls within firms.” This means even well-run firms face high compensation costs, negating the benefit for them of tighter regulations. Better to control these costs at the point of payment – he advocates replacing pooling by “arbitrary” sectors and cross-subsidies, with pooling the cost of both FSCS levies and PII, “at the very highest level: funds under management (FUM)”. Taxing FUM would smooth the burden for smaller advisers in particular.

Yet in some ways the FCA’s Business Plan for FSCS claims is what many advisers have demanded for years – target the bad advisers, don’t punish the good majority. Its objective is for the scale of compensation liabilities to stabilise in the medium term and reduce in the longer term as firms hold more capital and liquidity, under stricter rules that permit fewer firms to cause misconduct that would require them to pay large-scale redress.

But Jonathan Cavill, partner at law firm Pinsent Mason, says the Business Plan’s general messaging on non-compliance, which underpins its approach to anti-firm failure consumer protection (and ultimately cutting advisers’ FCSC bills) is much broader: “This is a regulator prepared to assert itself and test the limit of its powers,” he says.

In the immediate term, the first flex for small investment advice businesses with investment management permissions arrives next January with the Investment Firms Prudential Regime (IFPR). Law firm Macfarlanes calls it a “refocus of prudential requirements away from the risks that firms face, to take adequate account of the potential for harm to consumers and markets”. On that basis, even if not directly impacted by IFPR, all advisers can expect a change in approach next year, as the FCA’s Business Plan explains: “Firms should expect greater rigour on upholding high standards of governance, conflicts of interest and conduct”.

This manifests from the point of entry to the sector. The FCA has recruited more authorisations staff to scrutinise applicants’ financials and business models, particularly for complex or high-risk business. It will have targets for refusal, withdrawal and rejection rates for authorisations. For already practising advisers (among others) the FCA is increasing the number of firms whose permissions it removes permanently or temporarily, under its “use it or lose it” campaign.

The FCA will judge business models, products and services for their ability to meet consumers’ needs, particularly those in vulnerable circumstances. “Firms will have to be rigorous and proactive in how they assess what their customers want and how best to serve them,” Mr Cavill says. Advisers will be expected to show through “clear and compelling evidence, such as internal management information and impact assessments”, how their business design improves customer outcomes and mitigates risk of harm. “If a firm struggles to show this, it may well expose itself to even greater regulatory scrutiny should things go wrong and customers suffer detriment,” Mr Cavill adds.

Proof by data is a key theme, with the FCA increasingly becoming an information controller to regulate conduct. Kirsten Lapham, partner in financial services regulation at law firm Proskauer Rose, says advisers should get ready to explain their firm’s digital and data framework – another mixed blessing from the Business Plan.

Simon Harrington, senior policy adviser at the Personal Investment Management & Financial Advice Association (PIMFA), expects “a tangible change” in the FCA’s collection of data. “We have long argued that the FCA needs to be more targeted and rational in its collection and analysis of data, and it appears to be moving in the right direction,” he says. “We are hopeful advisers will not be subject to endless data requests without a real understanding of where the data goes and how it is used,” he adds.

The FCA will also consult on changing the balance of power between its managers and the independent Regulatory Decisions Committee when it comes to punishment of bad behaviours, in favour of greater FCA control – a move welcomed by PIMFA to avoid long, drawn-out enforcement cases.

One loophole trigger for firm failures that the FCA business plan wants to close is financial promotions. FCA chief executive Nikhil Rathi recently told the Work and Pensions Committee: “Exemptions in the Financial Promotion Order for High Net Worth and Sophisticated investors are a significant vulnerability... the ability to self-certify qualification for the exemptions, and the thresholds in the exemptions, need to be addressed.” Authorised advisers approached by introducers to approve financial promotions would face more risk under a tighter HNW investor-exemption regime.

Pulling together all of these elements is one of the FCA’s most significant projects for the coming year – the introduction of a new consumer duty, currently under consultation, which will dovetail neatly with a 2021/2022 Business Plan that is a product of its time. “The FCA’s focus on the retail market is not surprising,” says

Ms Lapham, “the pandemic has seen more consumers becoming vulnerable so a deeper focus on how firms are engaging with this sector was always going to be a key priority for the regulator.”

Mr Cavill says the purpose of the consumer duty is clear – “to set higher standards for firms’ culture and conduct”, and “for firms to consistently place their customers’ interests at the centre of their business”. Atop the regulator’s wider treating customers fairly agenda, this will increase expectations of an advice industry “largely already doing this and to a superior level”, says Mr Harrington. PIMFA is concerned advisers will lose in a “continued erosion of consumer responsibility, which does potentially have longer-term impacts in the cases where disputes arise”.

From product design to complaint handling, advice firms will need, in the FCA’s own words, to be “proactive and forward-looking”. The regulator’s view is this will create a virtuous circle of fewer bad consumer outcomes, fewer complaints, fewer FSCS claims and lower FSCS levies.

“Firms can expect the FCA to be bolder in its supervisory approach to customer outcomes and to use its enforcement toolkit where necessary,” says Mr Cavill. Advisers may eventually see their FSCS bills fall as a result of all intended actions in the FCA’s 2021/2022 Business Plan, if they work. But they can expect the cost to be felt in numerous other ways elsewhere.

This article appeared in our AUTUMN 2021 issue of Personal Finance Professional.
Click here to view this issue
Filed in:
News analysis
Also filed in:
Regulation