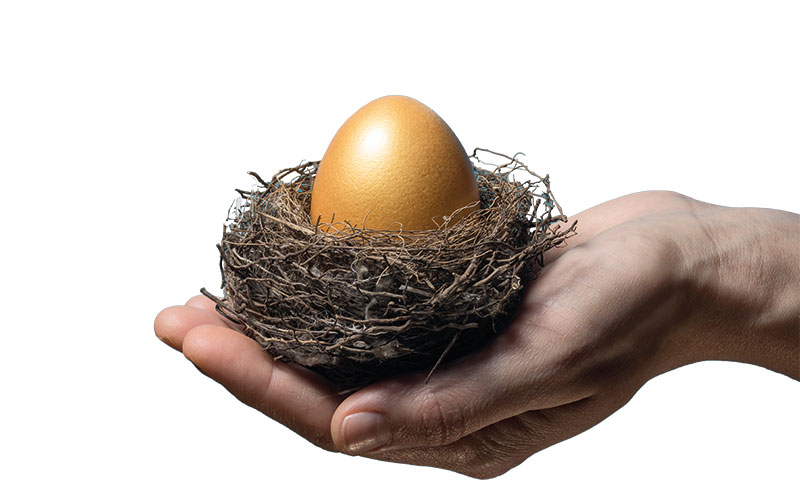 Since the UK government introduced auto-enrolment (AE) in 2012, more than 10 million employees have started saving for later life with their employer’s help.

This, of course, does not apply to the self-employed and chances are that if you work for yourself, then your retirement nest egg is probably small to non-existent.

The situation is particular dire for self-employed workers born between 1965 and 1980, who are five times more likely than others to have no pension provision, according to the International Longevity Centre UK.

But the good news is that self-employed individuals do have plenty of options available, according to Chartered financial planner Ricky Chan. The director at London-based IFS Wealth & Pensions says: “Self-employed individuals have an abundance of choice for their pension saving, from continuing to use their previous employer’s pension scheme, to setting up a new personal pension with an insurance company, to setting up a self-invested personal pension (SIPP) with an investment platform or a small self-administered scheme (SASS) for more complex planning. The most popular options are likely to be a personal pension with an insurance company or a SIPP.”

A quick Google search will show you that the top two options for a personal pension are schemes by the government’s National Employment Savings Trust (Nest) and PensionBee. In reality, there are lots of pensions schemes available but what sets each apart are signup costs, fees and minimum contribution amounts. Self-employed people are also likely to have held different jobs during their career. This means old pension plans can sometimes get forgotten, so it is worth considering a pension scheme that gives members the option to transfer old pensions into one simple online plan.

Romi Savova, chief executive officer at PensionBee, says that its self-employed pension has specifically been designed with sole traders and directors of limited companies in mind – even for those who have never saved towards retirement before. That is why it takes about five minutes to set up and includes online access, with the ability to make flexible contributions and withdrawals.

Ms Savova says: “Ultimately, finding the right pension is dependent on an individual’s circumstances, such as age, risk appetite and contribution amounts. But generally, a good feature of a self-employed pension plan is one that offers flexibility.”

Interestingly, PensionBee states on its website that its pension is set up as a long-term insurance contract, therefore the pension is covered 100% with no upper limit. Most pensions schemes offer some protection from the Financial Services Compensation Scheme (FSCS) should the firm fail, but pensions are complicated and that is why the FCSC has built a tool on its website to allow savers to easily check what schemes are protected.

Ms Savova says sole traders are able to claim tax relief on personal pension contributions. For directors of limited companies, company contributions may be considered as an allowable business expense and offset against the company’s corporation tax.

She adds: “Traditionally underserved by the pensions industry, self-employed savers often favour other types of investment where their money is more easily accessible should they need it for their business. But in the current savings environment with interest rates at rock bottom, the self-employed may want to consider saving into a pension, where their money has greater opportunity for growth.

“As pensions are a long-term investment, fluctuations, although uncomfortable, are unlikely to cause any lasting damage, especially if the saver has no plans to retire in the next few years,” says Ms Savova.

Chartered financial planner Haresh Raghwani recommends that if self-employed people are targeting a specific retirement income, then they should seek advice from an adviser to build their plan. The director at Craufurd Hale Wealth Management says that self-employed savers should also consider having different income streams for their later life.

Mr Raghwani explains: “A pension is one aspect of a client’s retirement journey. If the client is able to use their ISA allowance and invest into this type of solution, they can build up assets that can form part of their overall retirement strategy. For younger individuals under 40, the Lifetime ISA can work well alongside their pension, due to the 25% government bonus.”

24% of self-employed people are actively saving into a pension- Source: Nest

According to research by Nest, only 24% of self-employed people are actively saving into a pension. Helen Dowsey, Nest’s director of employer and intermediary experience, says: “Industry can support the self-employed with saving into a pension by meeting them where they are – having simple, quick-to-manage systems that allow for small ad hoc payments and the flexibility to reach this diverse population. There will never be a silver bullet to suit all self-employed people.”

But offering a similar approach to AE is hard to implement for the self-employed market. That’s according to Nigel Peaple, director of policy and advocacy at the Pensions and Lifetime Savings Association, who says: “AE works by harnessing the power of people’s inertia, taking care of retirement saving for them. A similar approach is hard to practically achieve for the self-employed. There are additional challenges like fluctuating or uncertain levels of income and people not having the confidence to select a retirement savings product.”

So, what can the government and the profession do to address the issue?

Mr Chan says: “Adding further tax incentives would help by providing a similar concept to employer pension contribution matching – the 3% employer contribution from automatic-enrolment workplace pension schemes. For example, this could come from offsetting against National Insurance contributions made, as has been touted in the past.”

Aamina Zafar is a freelance journalist

This article appeared in our AUTUMN 2021 issue of Personal Finance Professional.
Click here to view this issue
Filed in
Features
Also filed in
Pensions