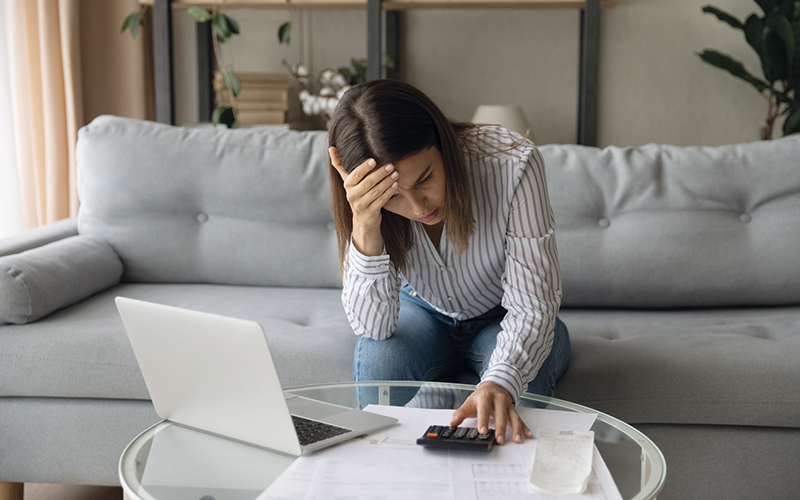 More than one in four Brits have experienced feelings of depression as a result of rising bills, a PFS-commissioned poll has found.

In new research released by the PFS and conducted by Deltapoll, the figures paint a concerning picture about how the British people are struggling to cope mentally with higher costs.

The survey also exposed a deep generational divide, with 76% of 25- to 34-year-olds experiencing anxiety over rising bills, compared to only 26% of over-65s. Nearly four times as many Millennials are worried about housing costs as Baby Boomers.

Other key findings include:

Caroline Stuart, president of the PFS, said: ‘This poll shows that the British people are struggling to cope not just financially, but mentally with rising bills. More people are experiencing depression and anxiety, while eating less healthily and going out less. There is now a risk of turning a cost-of-living crisis into a public-health crisis too. At a time when anxieties are running high, professional financial planners can help people manage and organise their finances in a way that can weather the storm, ease the burden, take back control of their money and plan for the future.”

The poll also revealed that, despite the government’s Energy Support Scheme, energy bills are still the aspect of household finances Brits are most concerned about.

Stuart continued: “Most UK households will experience some financial pain, which is sadly unavoidable. However, finding a trusted, professional financial planner can help people invest for the future and achieve their long-term money goals. The PFS is made up of thousands of members who provide this support every single day.”

This article appeared in our WINTER 2022 issue of Personal Finance Professional.
Click here to view this issue
Also filed in
News