The Financial Conduct Authority (FCA) is on a mission to introduce more equality, diversity and inclusion (EDI) into regulated businesses.

There are already rules that apply to large listed firms, while requirements for smaller businesses are set to be consulted on later this year.

But you don’t need to wait for the regulator to introduce EDI policies into your workplace, whatever the size of your business.

The City watchdog has highlighted EDI as part of one of its priorities of improving culture in financial services.

Speaking at the Ethnic Diversity in the City and Corporate UK Summit last year, Georgina Philippou, an adviser to the FCA, said diversity has many benefits for firms.

The City watchdog said diversity and inclusion can also encourage innovation, through the development of products and services designed to meet the diverse needs of customers.

To encourage this, the regulator introduced new rules for listed regulated firms in April that required firms to follow targets on representation of women and people from a minority ethnic background, or explain why they have fallen behind.

A consultation on diversity and inclusion issues for all regulated firms is expected from the FCA during the third quarter of this year.

It is unclear what the regulator will require, especially as many financial advisory businesses are small firms so it may not be appropriate or possible to expect them to achieve the targets set for listed companies.

But Sarah Lord, president of the PFS and chief growth officer at Cooper Parry Wealth, says firms of all sizes shouldn’t wait for regulatory guidance and there is nothing to stop them acting now.

She says the profession has historically focused on gender diversity, but should also consider how inclusive it is across religious, ethnic, LGBT+, disability and socioeconomic factors.

Alena Zavarin, Chartered financial planner for Anderson Financial Management, says she initially faced challenges before joining her current firm as a female and relatively young adviser – at age 29 – with English not being her first language.

While she says appointing the best person for the job should be the first priority, it is also important that a potential recruit fits in with the team’s values and culture.

“I believe in hiring the best person for the job but I also believe in the cultural fit and making teams diverse,” she says.

“Having more diversity means being able to understand and connect with people you are working with and our different clients.

“There may, for example, be female clients who prefer to talk to a female adviser.”

She says her firm will often interview a candidate to talk through qualifications and also have a separate meeting with the team to ensure the company’s shared values are met.

“If there is something the team members dislike, that would be important feedback,” she adds.

EDI isn’t just about who you hire. Vanessa Barnes, vice-president of the PFS and principal at Hannay Wealth, says it is also important to be inclusive for clients, especially as many aspects of EDI will come under the FCA’s new Consumer Duty to ensure fair outcomes for clients.

“If you are a sole trader, and not looking to recruit, maybe you can review the wording in your firm literature and website to keep it consistently inclusive for all your current and prospective clients,” she says.

“You can join in and show support for existing initiatives within the profession, for example the Women in Finance Charter.

“Perhaps you could consider sponsoring local initiatives, or using your experience to mentor others.”

Advisory businesses can get involved with various causes during events, such as LGBT or Black History Month, as well as International Women’s Day. But EDI shouldn’t just be a marketing gimmick as clients – and the regulator – may easily see through that.

“When people feel included – and most importantly safe – they are more likely to commit to and participate in their organisation’s success in deeper ways.”

Ms Zavarin adds that much of the younger generation of advisers – Millennials and Generation Z – understand EDI concerns and suggests change will accelerate once this cohort become leaders in the advisory sector.

“What makes the difference is the actions, the charities you support, the causes you stand behind,” she says. “As long as it is done for the right reasons, it will come across more natural.”

Marc Shoffman is a freelance journalist 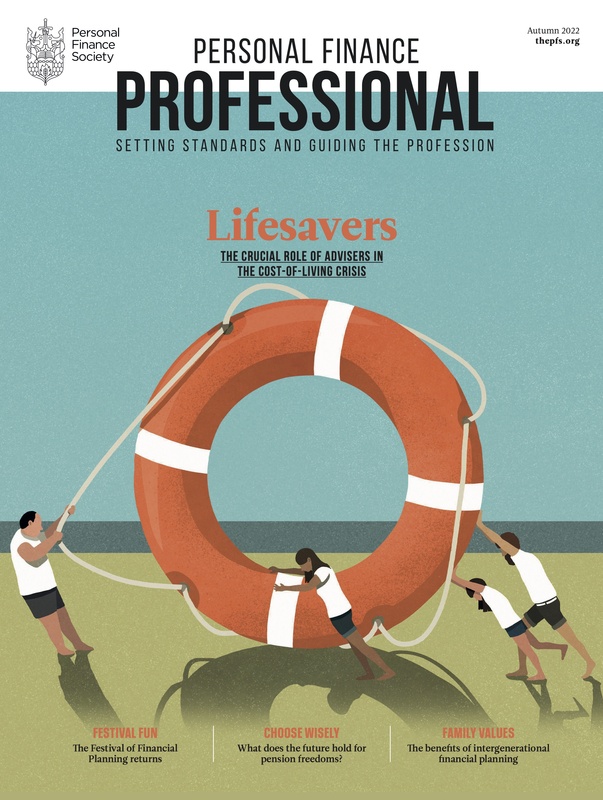 This article appeared in our AUTUMN 2022 issue of Personal Finance Professional.
Click here to view this issue
Also filed in
Features