The past year has been a struggle for almost everyone, with those suddenly unable to work among the worst affected. But even those busy at work have been battling fatigue brought on by coping with new stresses.

Now, increasing numbers of experts are pointing to the links between health and wealth and underlining the dramatic changes wrought by Covid-19 upon us all. The Financial Conduct Authority (FCA) has long championed support for the vulnerable, but some experts have even gone as far as to say that everyone living in the UK could be classed as vulnerable now, as they work out how to move forward in the Covid-19 era.

That matters because the FCA has found there is a direct correlation between health and wealth. It points to research which suggests those in poor health are less likely to have a bank account or savings products of any kind. The under-65s in poor health are also less likely to have a mortgage, with less than 400,000 such adults (18%) having a home loan, compared to more than 16 million (42%) of those in good health.

The broad conclusion is clear, says the FCA: people of working age with poor health entered the period of the pandemic with much lower levels of financial resilience.

Added to that, there has been a clear shift in working patterns through the pandemic. While most of us have been forced to work from home, some of us will not have an office to return to because we have launched ourown ventures.

The Institute of Fiscal Studies (IFS) reports that self-employment has risen dramatically in the UK. This increase has been entirely driven by ‘solo’ self-employment – sole traders and owner-managers with no employees. By the end of 2019, there were nearly four million solo self-employed workers, up from 2.3 million in 2000. The level and growth of solo self-employment in the UK are among the highest in Organisation for Economic Co-operation and Development countries.

Xiaowei Xu, a senior research economist at the IFS and an author of its report, says: “Taken together, the evidence in our report suggests that solo self-employment is often a fallback option for workers who face bleak prospects in traditional employment. Covid-19 has now made these prospects even worse.”

The IFS research also reveals that the proportion of the working-age self-employed saving into a private pension has declined dramatically in the last two decades, from 48% in 1998 to just 16% by 2018. This suggests there are currently more than 3.5 million working age self-employed who are not saving into a private pension. In sharp contrast, pension saving among employees has increased since the introduction of automatic enrolment – in 2018 nearly 80% of working-age employees were contributing to a pension.

So, this is not necessarily a good time to hear that the pandemic has pushed more than 154,000 55- to 64-year-olds into early retirement.

Research from pensions and retirement specialist LV= highlights how the coronavirus pandemic is disrupting the UK’s retirement plans. The LV= Wealth and Wellbeing Monitor – a quarterly survey of 4,000 UK consumers – indicates that more than 154,000 people aged 55-64 have opted for early retirement because of redundancy and reduced income, a desire to reduce their risk of exposure to Covid-19, or the pandemic has made them reassess their priorities in life.

22% of people in poor health are relying on friends/family for borrowing compared to 12% who are in good health Source: FCA 2021

The LV= survey found that people are generally unprepared for retirement, and that retiring five years early can significantly reduce income in retirement. The LV= research (among those who were still working at the start of 2020) reveals:

The research highlights how unprepared people are for retirement. Only a small proportion have looked at their pension value in the last year or researched how much they need to enjoy the retirement they want.

28% of adults in poor health are using high-cost credit compared to 12% who are in good health Source: FCA 2021

There are some options available to suggest to clients, however. Here is what people considering early retirement could do:

How retiring five years early can affect your retirement income 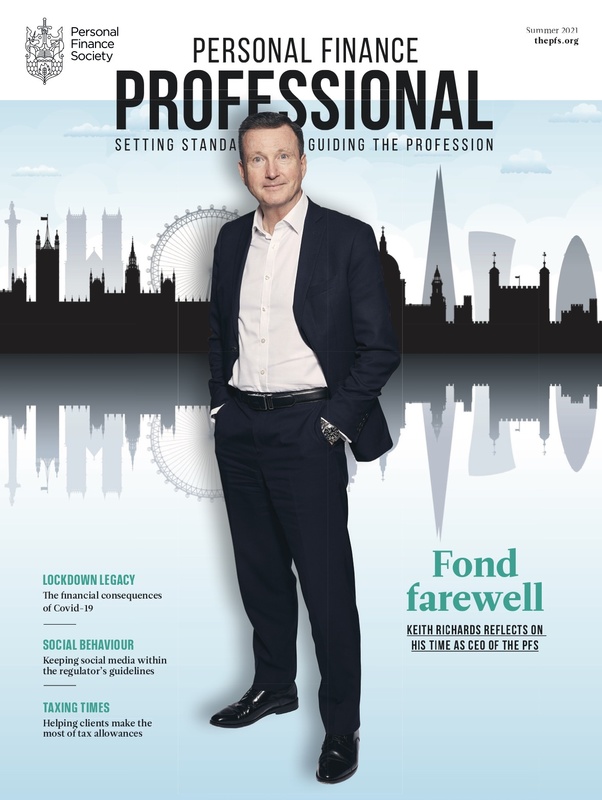 This article appeared in our SUMMER 2021 issue of Personal Finance Professional.
Click here to view this issue
Filed in:
News analysis