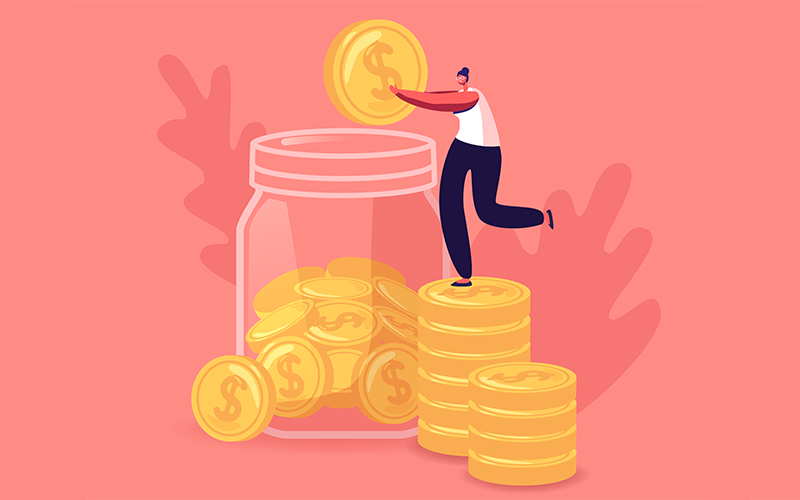 Covid-19 has brought about a sea change in how we plan for the future.

Advisers report that some clients have pushed back travel plans, brought forward monetary giving to their children and grandchildren, and taken retirement earlier than originally anticipated.

According to life and pensions provider LV=, more than 154,000 people aged between 55 and 64 in the UK have opted for early retirement as a result of Covid-19.

That’s a stark figure, extrapolated from research by LV= among 4,000 UK adults towards the end of 2020.

Recent figures from the Office for National Statistics (ONS) back this up, showing more people of retirement age have left the workforce in 2020.

“Rather than continuing to seek jobs, women are more likely than men to slip into retirement with whatever pension savings they have”

He warns: “Your 50s are critical years for retirement planning because that is the age when many people’s earnings and pension contributions peak. Being forced to end a career before you planned will disrupt retirement plans.”

But the ONS figures have highlighted an even more worrying trend: more women aged 65 and above are leaving employment.

In the three months to November 2020, the ONS Labour Market figures revealed an 11% drop in the number of women in employment, compared with November 2019, equating to 71,000 women.

Stephen Lowe, group communications director at Just Group, called this “disappearance” concerning, commenting: “Rather than continuing to seek jobs, women are more likely than men to slip into retirement with whatever pension savings they have.”

There are additional complexities, given that women tend to live longer than men in retirement. To the end of 2019, the average life expectancy for males was 79.4 years, compared to 83.1 for females.

This means women’s money needs to last longer than men’s, so a decision to retire early must consider the financial implications of such a choice.

According to Neil Liversidge, principal of West Riding Financial Solutions, any woman considering retiring early should not just check how much she has saved into a pension or other investments, but also look at filling any gaps in her national insurance contributions (NICs) record. He says: “This is usually good value for money.”

Ian Browne, retirement planning expert at Quilter, agrees with this. He says: “More women are taking retirement early and there are some specific points that advisers can help with as part of an overall holistic plan, such as checking state pension entitlement.

“As women are more likely to have had their career disrupted, an adviser can investigate whether it’s worth topping up NICs to boost their state pension if there is a shortfall.”

Mr Liversidge also warns against women assuming their pension pot should be the “first port of call” for drawdown. Instead, he urges women to consider all their assets, rather than compartmentalising. “Ideally, don’t draw more than £3,389.60 from your pension, if you have other sources. That way, you’ll pay no income tax and the extra left in your pension pots will grow.”

He urges people to “check how much they have saved, plan when they want to retire and save enough to enjoy a comfortable retirement”.

Mr Browne comments: “[Post-Covid, clients] are now going to have a much lower capacity for loss and as they are unlikely to earn significantly again in their lifetime, and will have no time to recoup or replenish their savings.

“This also may mean they suffer a shortfall in their retirement income due to a future loss of contributions and/or a need to access their pension funds earlier than they had originally planned.”

He advocates assessing a client’s attitude to risk, capacity for loss and cashflow to provide a clearer idea of what they can expect.

“This change in personal circumstances and priorities for a client will be reflected in their asset choices in decumulation, as they will be more focused than before on preserving wealth,” he adds.

But if women are particularly risk averse, they may default to what they think is a low-risk option – an annuity –and could be worse off. So, Mr Liversidge advises against women getting “suckered” into buying one, especially without getting an adviser to run some open market option quotes, especially if there are any health issues.

Ultimately, any woman considering making last-minute changes to their retirement plans should be offered a thorough financial review.

One final note: if you feel like matchmaking, Mr Liversidge recommends encouraging unmarried clients to tie the knot – especially if the woman’s other half has a pension scheme that includes a spouse’s pension. It’s worth a shot.

Simoney Kyriakou is editor of the FT’s Financial Adviser newspaper