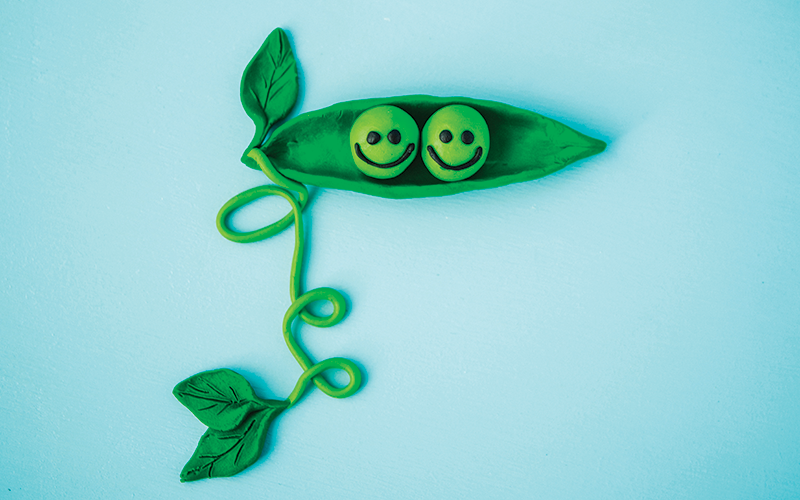 The final quarter of 2020 saw strong returns for equity sectors, whatever their location, but the big winners in this vaccine rally have been UK stocks. UK All Companies returned 15.2% for the quarter, the unloved UK Equity Income sector edged past with 15.6% and UK Smaller Companies was the top sector of the quarter, delivering an average of 21.4%.

Before we get carried away, I should point out that All Companies and Equity Income have lost 6.4% and 11.4%, respectively, during 2020. But the last quarter will at least have gone some way to recouping investors’ losses. UK Smaller Companies has done rather better, with a positive 2020 return of 6.4%, being assisted by last year’s small caps outperformance.

Is this a Brexit bounce? I don’t think so – and not just because this all happened in the three months preceding the UK and Europe reaching a partial trade deal at the 11th hour.

At the end of the year, the long run of growth stocks – Facebook, Netflix, etc – was reversed and in October, value stocks rallied as the world seized on hopes of recovery.

As an indication of just how profound this rotation was, the last time the US’s Russell 1000 Value index outperformed its growth peer in a single week to the degree seen last October was during the dotcom bubble of 2000. The US market’s performance has been driven by a large weighting to new economy stocks, and it is this same characteristic that held it back in the final quarter.

This was grist to the UK’s hitherto creaky mill. During the first three quarters of 2020, the FTSE 100 had been one of the world’s worst-performing indices. However, it has a value bias, with overweights to sectors such as financials and energy, which had been heavily beaten up. From October, they bounced and they bounced hard.

In with the old

Who has benefited from this rebound in the main UK equity sectors? In All Companies, Aviva Investors UK Listed Equity High Alpha led during the quarter. Its main exposures in October were financials, materials and consumer discretionary (34.1%, 16.2% and 14.4%, respectively, of the portfolio). Banks Standard Chartered and Barclays, plus miners Anglo American and Glencore, made up more than 20%.

Ninety One UK Special Situations’ top holdings were builders’ merchants Travis Perkins and Grafton Group, IWG (ie Regus) and British American Tobacco. Industrials and consumer discretionary together made up more than half the portfolio. It would be hard to imagine anything more different to a new economy stock
than shovels, property management and cigarettes.

Top of the pile for UK Equity income is the VT Tyndall Real Income fund, with £4m under management. The number-two slot is held by another minnow, Courtiers UK Equity Income. Third-placed JOHCM UK Equity Income is, of course, on a different scale altogether. Top holdings are BP, Anglo American, Barclays and Glencore; and financials, materials and industrials made up more than 55% of the portfolio in October.

So, you can see a pattern in what’s driven performance and what’s also held it back in the longer term. The two All Companies funds are in negative territory not only in one, but three years, and the same is true for Clive Beagles’ JOHCM fund.

Lastly, we have UK Smaller Companies. The top fund in the quarter is Aberforth UK Small Companies (32.8% during Q4), which belies the overall positive 2020 return of the sector, with a negative 15.1% and negative 8.7% loss over one and three years. Its main sectors were industrials, consumer discretionary and financials – not dissimilar to the top large-cap funds. 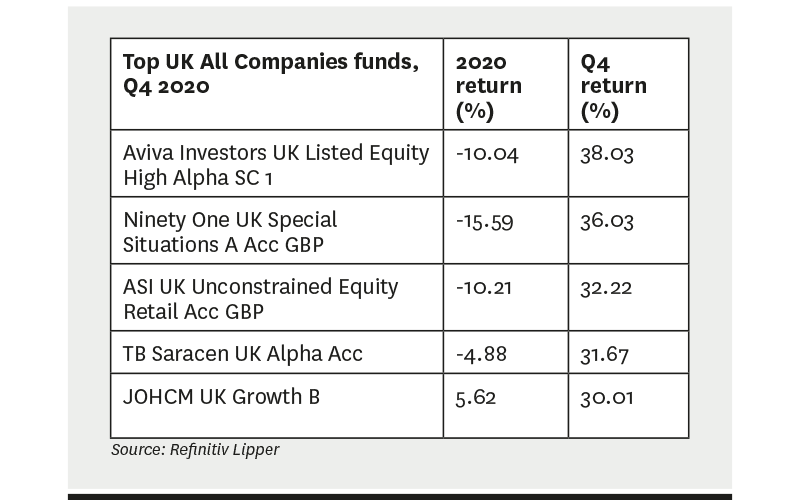 This rally is great news for UK investors, given that most will have a domestic bias. The question is, however, is this a trend or simply a trade? Refinitiv analysis indicates strong 2021 year-on-year earnings growth for the FTSE 350, especially for cyclical sectors such as industrials, energy and consumer discretionary.

On the other hand, the energy sector remains under increasing pressure from the squeeze on fossil fuels, and potentially the election of Joe Biden in the US, with the promise to rejoin the Paris Agreement and drive a Green New Deal. What’s more, the global economy faces considerable obstacles – persistent Covid-19 effects for months ahead and a mountain of corporate debt, to name but two – that could yet dampen down these animal spirits.

But perhaps I shouldn’t be snatching away the punchbowl before the party has even started. Let’s at least enjoy the moment. 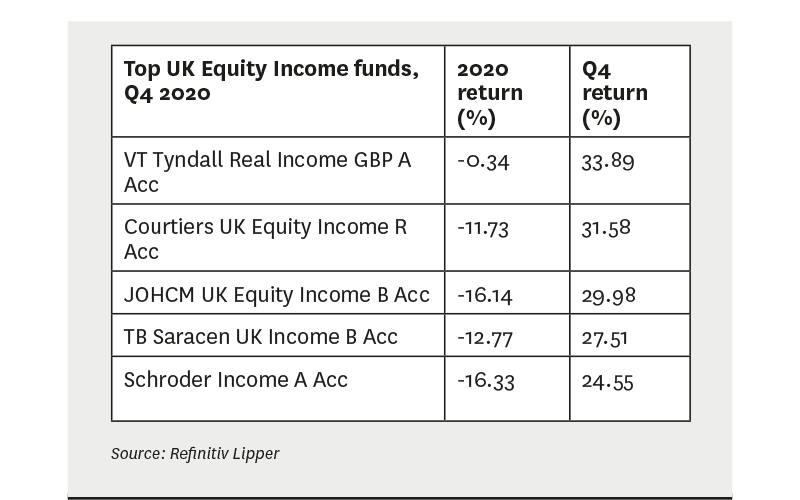 Dewi John is head of research for Refinitiv 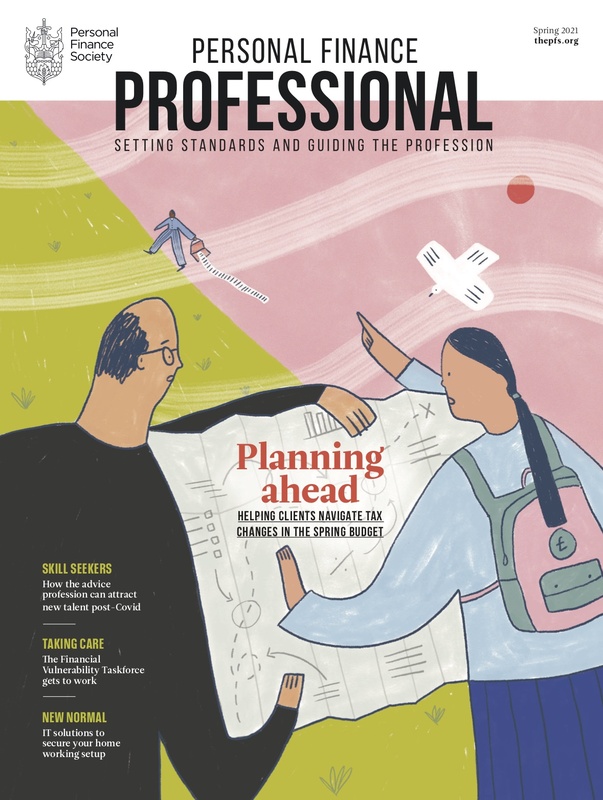 This article appeared in our SPRING 2021 issue of Personal Finance Professional.
Click here to view this issue
Also filed in
News analysis
Investments