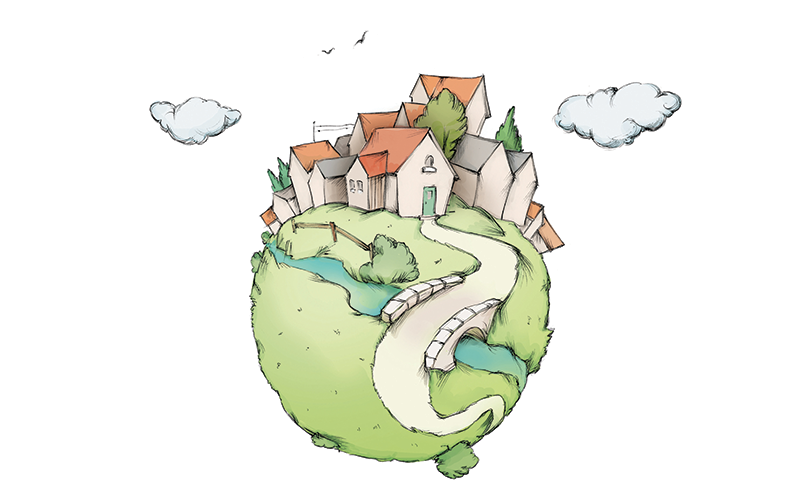 With the global economy in Covid-induced turmoil, Dewi John reveals where growth can be found in investment markets

The third quarter of 2020 has been a success for smaller companies, wherever they are based. This is not such a surprise, given that small-cap stocks (small-caps) do well in rallies. When the market bounced in March from near-apocalyptic levels, small-caps bounced harder.

However, the asset class can be a bumpy ride and much hangs on the question of how well grounded any recovery is. While you would have made 5.2% on the average UK smaller companies fund in Q3, you would have lost more than twice that (11.5%) during the first three quarters. But then, average losses in UK all companies during the same period are 18.8%.

UK small-caps have had more to claw their way back through, however, as the FTSE small cap index is still down about 17% year to date (YTD), with a lot of ground to recover. Other small-cap indices globally have fared rather better and it is here we will find the best returns during the third quarter of 2020.

While governments are stimulating their economies with a frenzy, given the size and likely duration of the Covid-induced shock, they are fighting a rising tide with a bucket

Japan comes top across all sectors despite a slight weakening of sterling relative to the yen during the course of the year – although it has helped to a degree in the past quarter. Performance-wise, the small-cap world breaks with its large-cap national peers. So, whereas North American large-caps have outperformed those of Japan, the situation is reversed with small-caps.

Japanese smaller companies are up 9.8% during Q3, and 9.6% YTD. This is something of a niche play, as there are only three funds in the sector, with Baillie Gifford Japanese Smaller Companies leading the pack, managed by Praveen Kumar. It has delivered 14.4% during Q3, and 24.7% during the first three quarters.

More than a quarter of the portfolio is invested in industrial stocks, with IT and consumer discretionary coming in next. The fund’s largest holding is in Demae-Can, a home delivery website and mail-order business. Given that many of us have grown accustomed to having an ever-larger portion of life’s essentials delivered to our doors this year, it is no surprise that the company has done well – up more than 200% YTD.

The second largest holding is in Bengo4.com, which operates Japan’s largest legal advice portal site. While that may sound rather pedestrian, it is up 147% YTD, so it seems that the Japanese have made good use of lockdown to sue one another.

The next-best performing sector is not way out east, but just across the English Channel: European smaller companies. During the quarter, the sector average return is 9%, and has a quite comfortable 5.4% return for the first three quarters of the year.

The sector’s top performer in the quarter has been the JPM Europe Smaller Companies fund, returning 13.6% and managed by Francesco Conte and Edward Greaves. Its biggest sector weighting is industrials (29.5%), followed by IT and utilities. The largest holding is Swiss container and packaging firm SIG Combibloc. Not exactly a household name, unless you’re really into cartons. Nevertheless, the stock is up 23.2% YTD, versus a 6.2% decline in the Swiss SMI. Next is Bravid Holdings, a Swedish supplier of technical installation and services to buildings and structures; and then ASM International, a Dutch supplier to the semi-conductor industry.

Also worth a mention is the Jupiter European Smaller Companies fund, managed by Mark Heslop, who previously ran the Threadneedle European Smaller Companies fund – itself a strong performer under his management. Its largest sector allocations are, respectively, healthcare, industrials, financials and IT. The fund’s financial exposure is unlikely to have helped it, given that European financials have taken as much of a beating as their peers globally during the course of the year. However, this is a stock-picking fund, which seems to be working: its largest financial holding, FinecoBank, is up 7.8%, while the Italian index is down about 19% YTD.

Its largest holding, IMCD NV (3.5%), is a Dutch company specialising in the sales, marketing and distribution of specialty chemicals and food ingredients. Which, in a world where we’re used to being transfixed by the pyrotechnics of new-economy stocks, doesn’t sound that glam. But, nevertheless, the stock is up 33% YTD.

The fund was only launched in February and, at just £18m, may not make it onto many buy lists yet, but Jupiter must be pleased with the start.

All three funds mentioned have a pronounced growth bias – a style tilt that has provided a strong tailwind since the global financial crisis. Because of this, there is a considerable valuation disparity between value and growth stocks, prompting some to moot that it may be time for a value rebound.

One could be sceptical, as while governments are stimulating their economies with a frenzy, given the size and likely duration of the Covid-induced shock, they are fighting a rising tide with a bucket. In which case, we are unlikely to see the higher inflation and base rates that would support a value rally. My hunch, therefore, is that growth is good to go for a while yet.

Dewi John is UK head of research at Refinitiv Lipper

This article appeared in our WINTER 2020 issue of Personal Finance Professional.
Click here to view this issue
Also filed in:
News analysis
Investments