Since the introduction of pension freedoms in 2015, an estimated half a million people have given up their rights in a defined benefit (DB) pension scheme, in exchange for a lump sum transfer into a defined contribution arrangement.

In the majority of cases, this involved giving up their entire rights in the DB scheme. But for some individuals, such as those whose entire lifetime pension rights lie in a single DB scheme, Sir Steve Webb, former pensions minister and now director of policy at Royal London, says a better option may be a partial transfer.

In a policy paper published in October, Sir Steve calls for greater consideration of partial transfers.

A partial transfer combines some continued level of guaranteed income from the DB scheme with a transferred lump sum.

This would help to ensure that the individual had a secure guaranteed level of income through retirement but that they could also benefit from the flexibility of a capital sum.

William Burrows, retirement director at Better Retirement Group, says this is why financial advisers weighing up the pros and cons of a pension transfer must investigate if a partial pension transfer is an option.

Mr Burrows explains: “With annuity rates so low, normally the best way of securing guaranteed lifetime income is with a DB pension rather than purchasing an annuity from a Sipp.”

But up until now, many schemes have failed to allow partial transfers.

Another survey by consultants Lane Clark & Peacock of more than 100 occupational pension schemes found that the proportion of schemes offering a partial transfer option has risen from about 15% when a similar poll was undertaken in 2017, to about 22% now.

Vince Smith-Hughes, Chartered financial planner and director of specialist business support for distribution at Prudential, says pension schemes were deterred from offering this option by obstacles such as how to manage whether to allow the client to choose the ratio of the split, or whether to dictate it on a certain ratio such as 50/50, 75/25; and so on.

He says: “Splitting this can get very complicated, so the likelihood is that the GMP may still remain an all-or-nothing option.”

Claire Trott, head of pensions strategy for St James’s Place, says if a scheme did allow partial transfers, advisers then faced the dilemma of how much should remain within the scheme and how much should be transferred out.

She says: “If the scheme is entirely flexible, making this decision could not only be time consuming but also very subjective, depending on the assumptions made for future requirements. If a transfer is made when the client is too far from retirement, making any type of assessment of income needs will be very difficult.

“If the scheme is less flexible, it may restrict members to only transferring out sections of their benefits. Although this will reduce the choice that the client has – making the decision easier – it could bring other issues, such as that the splits of the different sections may not tie in with the requirements of the member, forcing them to transfer too much or too little of their pension out.”

As well as the dilemmas created by partial transfers for financial advisers, another headache this option causes for schemes, according to Prudential’s Mr Smith-Hughes, is that trustees fear allowing access to part of the pot could be viewed as encouraging transfers.

However, Mr Smith-Hughes is hopeful, noting that none of the issues that surround schemes allowing partial transfers are insurmountable and that the FCA has expressed interest in partial transfers as an option in a recent consultation paper.

Mr Smith-Hughes says this interest from the regulator is likely to lead to more calls for partial transfers, which may well lead to further pressures on schemes to offer it.

There is also clearly demand from intermediaries for their clients to be allowed to take part of their DB pension pot.

A survey by Royal London of around 350 advisers found that roughly five out of six would like to see more schemes offering partial transfers, with two thirds believing this should be a legal right.

Fiona Tait, technical director of Intelligent Pensions, says that while only a limited number of schemes offer partial transfers, it is vital that advisers check if this option is available.

She says: “Advisers need to ensure they have asked whether there is a partial transfer option as part of their information gathering. When the option does apply, it is essential to identify the conditions that apply, in particular how the accrued benefits would be apportioned between the existing scheme and a transfer out.

“Once the division of guaranteed and flexible income has been identified, this can then be modelled against the client’s stated income requirements to see if a partial transfer would meet their needs.

“Financial advisers have a regulatory obligation to consider every option available to a client before making a recommendation and it would, of course, be impossible to identify the best course of action with any certainty unless all avenues have been explored.”

Emma Ann Hughes is director of communications at the CII 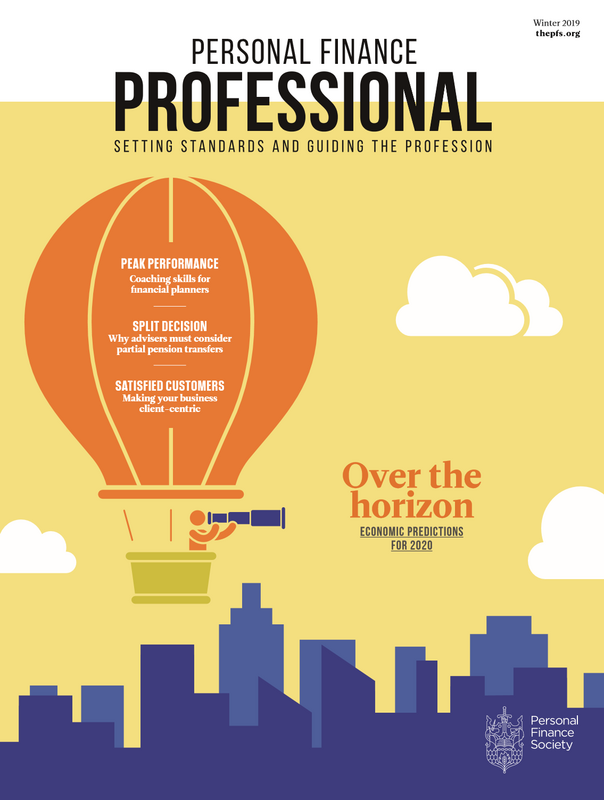 This article appeared in our WINTER 2019 issue of Personal Finance Professional.
Click here to view this issue
Also filed in
News analysis