Drawdown in the downturn 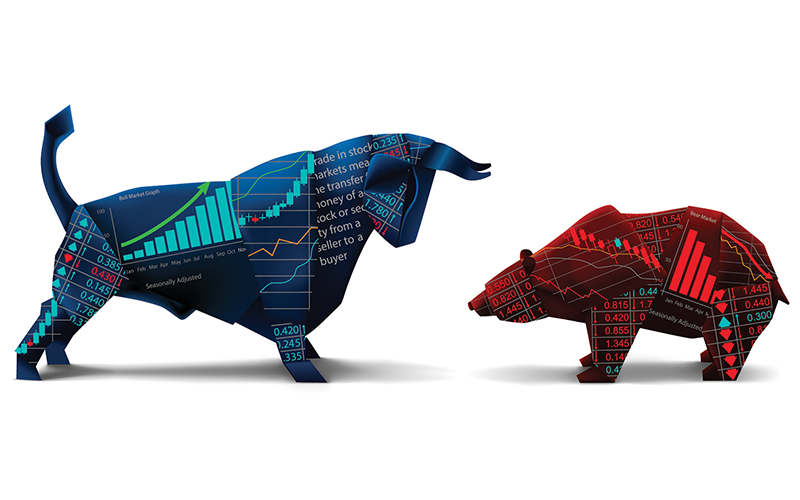 Clients in drawdown are facing some very difficult decisions as a result of the Covid-19 disruption, as Simoney Kyriakou reports

Financial markets have taken a battering across the globe due to the Covid-19 pandemic.

By the first week of the UK’s lockdown, on 23 March, European equities had fallen 34% from their peak. This was, according to FT Alphaville: “Close to the average bear market fall of 40%, but this has happened 20 times faster than usual.”

Additionally, there has been a global suppression of dividend payments as corporate earnings come under strain and, to top it all, we had a price war between Saudi Arabia and Russia, sending the price of oil plummeting.

Understandably, people are worried about their investments, not least those diligently saving into a pension. Those still in accumulation with many years to go before retirement can better afford to wait out the market downturns, but many of those appearing most worried are those about to retire with a drawdown plan, or those who have retired, started drawdown and are taking income from their portfolio.

Others with sizeable pension pots and a robustly diversified portfolio may also feel more confident, especially if they have other sources of income and low expenditure.

But those relying on drawdown will face a tougher decision: do they carry on taking that income and risk depleting their pot sooner?

Quilter’s head of retirement policy, Jon Greer, says of the indiscriminate sell-offs: “This is especially troubling for people either in drawdown or approaching retirement due to the potentially damaging impact on retirement income plans.”

This is because of sequencing risk, a double erosion effect of taking an income from a portfolio that has fallen in line with market downturns.

Because of market falls, more investment units have to be sold to generate the client’s desired income level, thus depleting the portfolio size during the early years of drawdown – the so-called ‘pound-cost ravaging’ of being a forced seller in a bad market.

Even if markets start to perform well later on, they may never recoup the losses. The table below from Quilter shows how a portfolio could be 22% worse off if it experiences losses in the first two years of retirement, compared to having those same losses in years four and five.

The assumption is they are taking just 4% income a year, which is the guideline ‘safe withdrawal rate’.

As Ryan Medlock, senior investment development and technical manager at Royal London, stresses: “Financial markets across the globe are very volatile and it is difficult to predict how this will play out in the coming months.

“As markets swing on a seemingly daily basis, the impact of sequencing risk and volatility drag for those clients in drawdown and taking a regular income is massive. This can have a significant impact not only on capital generated but also on a client’s ability to generate further income.”

What can be done to protect portfolios? For those on the cusp of retirement, they may choose not to retire immediately, or to phase it out during a longer-than-anticipated period.

Sir Steve Webb, partner at LCP, comments: “I guess newly retired people still potentially have longer time horizons, but they will be feeling pretty risk averse. I don’t know if it’s an option, but some people may ‘unretire’ just to boost their finances and slow the call on their pension.”

Others may still retire, but rely on other forms of income – ISAs, cash savings, perhaps even NS&I bonds – to tide them over and keep the pension invested in the hope of growth.

Steven Cameron, pensions director at Aegon, explains: “Another option would be to consider taking an income from any cash savings outside of pensions, while avoiding using up all liquid assets.

“Advisers have always been able to add value by considering an individual’s broader investment and savings portfolio in retirement, and where best to take income from first, allowing for tax and inheritance implications, as well as market conditions.”

Brian Henderson, director of consulting at Mercer, says it is important for people making plans to consider what they need from a pension before they start spending. As the Financial Conduct Authority has noted, many are taking their 25% lump sum and living off that without drawing down – perhaps this trend will increase.

But flexibility after retirement is also key, he says: “This is where advice is important. Most people don’t want complicated portfolios – they just want an income for life.

“There will be people who, for various reasons, may still be forced to draw down on their money now and that will mean retirement plans have to change.”

However, it is important to think long term. Mr Henderson adds: “Right now, the world has turned upside down and savings have taken an absolute pummelling. Eventually there will be a new norm and we will have to work in different ways. And don’t forget we’ve got Brexit to go through.”

Clearly, clients will need a robust, flexible financial plan in place as they consider what their next, tentative step might be.

Simoney Kyriakou is editor of the FT’s Financial Adviser newspaper

This article appeared in our SUMMER 2020 issue of Personal Finance Professional.
Click here to view this issue
Also filed in
Features
Pensions