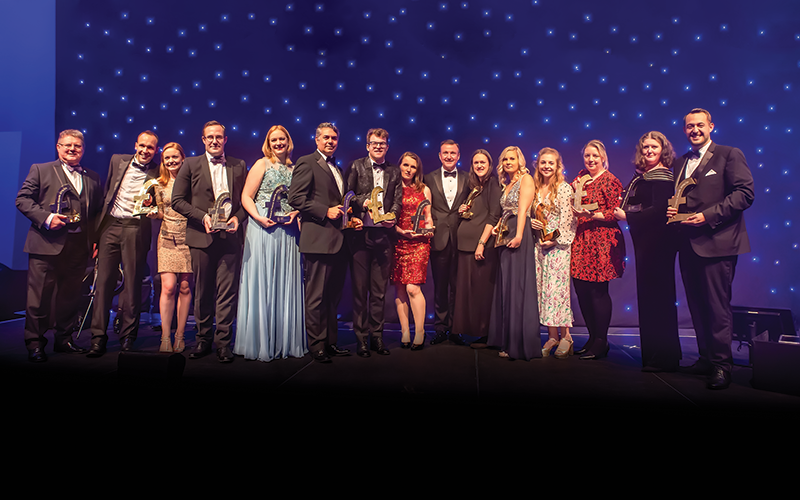 Winning the PFS award for Outstanding Consumer Engagement came as something of a surprise to Robin Melley, Chartered financial planner at Matrix Capital.

The award followed the company’s successful launch of a video animation, which Matrix Capital created and then gifted to Citizens Advice as part of its volunteering work under the PFS MoneyPlan programme, to help raise awareness of vulnerability and how to combat financial abuse.

Mr Melley sees the award as recognition for the team in developing the video and is extremely proud to have received the award on their collective behalf.

“I have purposely developed strong links with the PFS to help play a part in developing financial planning and financial advice from being known as an ‘industry’ to a true ‘profession’ that stands proudly alongside all other professions such as medicine, law, accountancy and architecture,” he says.

“Delivering my first critical-illness cheque and then my first death-claim cheque, both early on in my career, showed me the tremendously positive impact that financial planning and advice can have on the lives of ordinary people. This has been reinforced many times since.”

However, he stresses: “Change in people’s lives often creates vulnerability; winning large amounts of money, a bereavement, a change of health are all examples. When someone is vulnerable, they need safeguarding and supporting first and foremost; and then professional advice from a trusted adviser who understands them and their family circumstances.

“Being a financial planner is a privilege because you are often the only adviser who is allowed to get so close – you have to fully understand their circumstances and be able to guide them through sometimes difficult times.”

This approach lies behind the video, which aims to encourage vulnerable people to seek advice but also, says Mr Melley, to spread the word among financial planners of the value of helping vulnerable people at a time of crisis.

Looking ahead, Mr Melley concludes: “I would encourage any young person who wants to develop a meaningful career that is endlessly challenging and one that creates significant value for people, to join the profession of financial planning.

“The aim should be to become a Chartered financial planner from the outset. There are certain hallmarks to being a professional; having a firm foundation of technical competence and capability demonstrated through the attainment of a professional qualification is vital.”

We see the PFS as the pinnacle in terms of standards. When we enter these awards, we are talking to people we really respect and we are benchmarking the firm against gold standards

Entering awards is about benchmarking themselves against the very best, says the team at VWM Wealth.

Ms Johnstone explains: “We see the PFS as the pinnacle in terms of standards. When we enter these awards, we are talking to people we really respect and we are benchmarking the firm against gold standards.

“We want to be able to test what we are doing and the best way to do that is to enter awards with a professional body. It allows us to measure our achievements and our goals, and to see where we have got to. It also encourages everyone in the firm to work together to achieve those goals,” she says.

The Glasgow-based firm is well used to entering the awards both as a group and as individuals. Ms Johnstone herself won the Chartered Financial Planner of the Year award in 2015, while her fellow directors have also been recognised – Grahame Hopper scooped Paraplanner of the Year and David Thomson has been Investment Adviser of the Year.

VWM Wealth as a firm is also committed to driving standards through the entire team and actively encourages all staff to improve their professional qualifications. All its advisers are Chartered.

“We have really bought into Chartered status as a gold standard,” says Ms Johnstone.

VWM Wealth is a company with a great future, she believes, with a team that is passionate and committed.

The team completed a management buyout in January 2019, but founder Ken Welsh retains a key role as chairman, helping plan strategy and leaving day-to-day management to the team.

“It means we have sorted succession for the business and have the ability to give our clients security and peace of mind that we will be there for them into the future,” says Ms Johnstone.

The team works with some 90 families and that sense of continuity and personal service is very much a crucial part of the offering, she adds.

“Mentoring is key – we were mentored ourselves and now want to do the same for others. We pride ourselves on our levels of service and the depth of our relationships with our clients – we want to pass that work ethic onto the next generation too.

“We are a winning team.”

Winning the prestigious Chartered Financial Planner of the Year award was much more than a professional accolade for Gemma Siddell, a director at Eldon Financial Planning.

She has also been beating her own personal challenges, battling post-natal depression, before returning to work and managing to improve on her professional qualifications and rise through the business ranks.

Ms Siddell is well used to winning awards – she previously scooped the PFS Paraplanner of the Year award back in 2013 and her firm Eldon won the Chartered Planning Firm of the Year prize in 2019.

But it is not just about winning awards, or even gaining qualifications. For Ms Siddell, the driver is “being able to provide a holistic service to clients and helping them live the best lives possible”.

Ms Siddell believes that she has been helped personally by being able to get involved in helping others. “Coming back to work really helped me – I was very lucky in that my husband was able to step back at work to become a stay-at-home dad and allow me to return to work at my own pace.”

Like all working parents, they have learned to juggle the home-work balance but Ms Siddell really believes it has allowed her to become a better and more rounded professional.

Ms Siddell believes the award encourages the whole team to look ahead. Not only are they working on succession planning but they are also working on improving standards among staff. As they recruit, they encourage joiners to go for Chartered status.

“We have several younger team members working towards Chartered as we speak,” says Ms Siddell, “and we build through training and gradual exposure to clients as they qualify.”

For herself, Ms Siddell is in a good place once more, feeling confident about the future and enjoying family life.

Entering the award gave her time to reflect on what is important to her professionally. She feels relaxed and confident about the future and eager to share her experience with others in the profession, hoping to build an even stronger profession for the future.

Liz Booth is contributing editor of the PFS

This article appeared in our SPRING 2020 issue of Personal Finance Professional.
Click here to view this issue
Also filed in
Features
Advice process